Fans across the country follow every shot, miss, and piece of the action while wagering on NCAAB odds.

For all college teams, the March Madness tournament is the goal at the end of the tunnel each year.

Here we guide you to the best sportsbooks for NCAAB betting and what bonuses you can get. 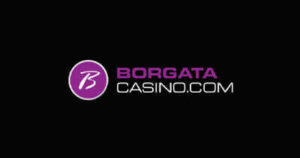 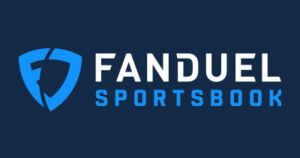 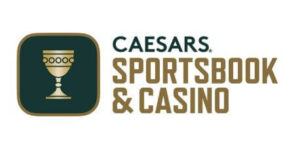 As always, BetNJ is here to guide you to the best sportsbooks in New Jersey. Before we take you deep into the details of NCAAB odds and lines, let us show you which of the sportsbook are designed to bring you the greatest college basketball betting experience right now.

As of this moment, here are our top best NJ sportsbook for NCAAB betting options:

How to Bet on NCAAB Odds

One of the main organizations in charge of regulating collegiate basketball in the United States is the NCAA (National Collegiate Athletic Association).

There are three divisions of conferences with hundreds of colleges participating (I, II, and III). The largest universities with extensive athletic support systems are included in Division I.

Under current gambling regulations, bets on college basketball teams are allowed in New Jersey. However, the laws state that you cannot bet on NCAAB odds for teams or games based out of NJ state.

Apart from that important ruling, you can bet on a single game through various markets like props, game outcomes, and futures.

At the highest level of NCAA basketball, known as Division I, there are over 350 different teams. That results in a huge number of games to take into account during the season when betting on NCAAB lines for NJ sports bettors.

All games that are open for wagering have NCAAB odds available at licensed sportsbooks. Some books have a separate tab for college basketball, while others contain an expanding basketball section.

You will often find three different forms of NCAAB lines listed for each game:

You can read more about basketball betting in more detail here.

How the NCAA Basketball Season Works

The beginning of the college basketball season is normally in the month of November. Tournaments and other non-conference events take up much of the early portion of the program. Then the Conference games truly begin to heat up when the new year begins.

As stated, 350+ teams are playing in Division I, spread out among 32 different leagues. After the regular season, the top teams in each conference compete in postseason tournaments to determine the champion.

In addition to bragging rights, the tournament champions get an automatic spot in the NCAA Division I Men’s Basketball Tournament (March Madness).

There is an established hierarchy in NCAA basketball, much like in college football.

There is no set number of games played during the regular season. However, anywhere from 25 to 35 games is possible per team.

There will be games every day of the season, although each club will only play an average of twice each week.

When the conference championships are over, one of the greatest betting events of the year begins.

The annual men’s college basketball tournament hosted by the NCAA, commonly known as “March Madness,” is a huge moneymaker for betting sites.

A total of 32 conference champions are automatically awarded a spot, and 36 at-large teams are invited in what is known as “Selection Sunday.” The tournament’s first round is a play-in round that is now commonly referred to as “The First Four.”

Afterward, 68 teams compete in a single-elimination bracket to determine the champion.

College basketball odds are in abundance during this period. The first round of the tournament is pretty hectic, with 32 games spread across two days. The second round remains busy with 16 games over two days, but things slow down a little after that.

By this point, it’s the Sweet Sixteen (eight games), followed by the Elite Eight (four games). The winners from that round advance to the Final Four. The two winners then battle for the ultimate prize – the National Championship.

You will find all the popular NCAAB odds from our recommendations for the best NJ sportsbook for NCAAB betting listed above.

Moneyline, over/under totals, and betting the spread are the big three. But NCAA basketball brings us many opportunities to find profits over the season.

Like football, several factors can greatly affect any game, meaning the chance of finding high-value NCAAB odds is very much real.

Long-term wagers on NCAAB lines, such as futures bets, are placed in anticipation of an as-yet-unknown event, such as the NCAAB Championship Winner. Futures come in a wide variety of formats, meaning you can find college basketball odds on the following:

Having access to more than one sportsbook is essential when betting on futures. You can “line shop,” or look for the best available number, by comparing the future lines of different bookies.

Be sure to do some odds comparison shopping at top college basketball betting sites. Find a sportsbook that accepts the wagering options that fit your betting strategy and expected return.

Betting on college basketball odds has some similarities to NBA betting, but there are many differentials to consider too.

We pick out the top do’s and don’ts for your betting strategy. Follow these tips, and hopefully, you should start placing a few more smarter bets!

DO Keep on track with all the latest NCAAB news

When betting on NCAA basketball odds, it’s important to acquire as much knowledge as you can. Before placing a wager on a certain game, keep track of injuries, patterns, and recent results.

Sure, occasionally making random bets might be entertaining, but in the end, it’s a losing tactic.

DO Consider betting against ranked teams

Particularly in college basketball, the ranked number next to a team’s name only has so much meaning.

Even if college students are extremely gifted, things like lousy shooting nights, unconventional defensive strategies, and hostile conditions on the road can result in unforeseen defeats.

Additionally, some teams may find themselves in the bottom section of the top 25 due to easy scheduling or hot scoring streaks. This makes them more susceptible to losing.

DO Take home advantage as a serious factor

Basketball in colleges can be influenced by the home court. Teams must travel and play most of their games at night in small college basketball courts where the crowd may be right up close and personal.

If you’re on the fence, it’s usually advisable to support the home side. But bear in mind that home-court advantage varies depending on the caliber of opponents.

Don’t bet against a college because of your personal feeling toward it. And don’t back NCAA basketball odds of your favorite team because you want them to win.

Emotional betting is virtually never a good approach since biases can impair judgment. Place wagers based on evidence, not on intuition.

DON’T Try and win your money back on hasty bets

Don’t double down and wager on night games to win back your money if you previously placed losing bets on college basketball games during the day.

You’ll win some bets, but placing fast, ill-informed bets is ultimately a losing tactic. Accept the fact that you could have a poor gaming day, and don’t wager more than you can afford to lose.

DON’T Put too much focus on the over-powered teams

Power conference teams often do better than lower-tier teams, but the gap is generally not that wide. The point in case is that Saint Peter’s University from NJ advanced to the Elite Eight in 2022!

In college basketball, teams from smaller conferences frequently prevail, so don’t put too much focus on whatever institution has a stronger national reputation.

What Does March Madness Mean for NJ Sports Bettors?

March Madness and betting on NCAA basketball odds means a lot for NJ sports bettors and fans across the country. Current laws stop us from placing wagers on local NCAA basketball teams and games.

For reference, these are the local NCAAB teams in New Jersey:

Check out our recommendations for college basketball odds at the top of this page. You’ll find all the best NCAAB lines to bet on at these sites.
It’s always best to compare the latest NCAAB odds between at least two or more sportsbooks. This way, you can ensure you get the best possible bet return.
Most sportsbooks will have NCAAB lines open before the season starts. You can find big odds at this stage, but the odds continue to be displayed and adjusted as the season and tournaments advance.
This site uses cookies to enhance user experience. See cookie policy